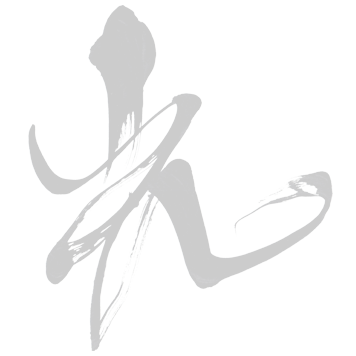 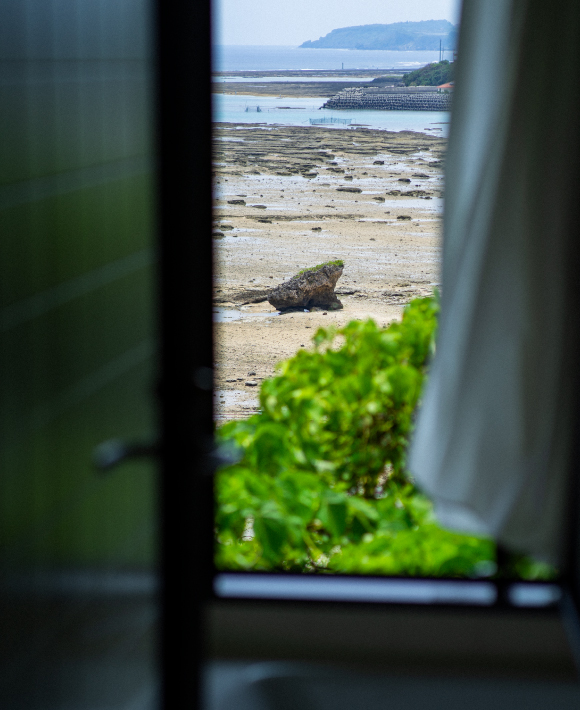 “ I wanted to shine a light one more time on that place covered in green. It was tough. My identity as an Okinawan has supported me many times in finishing my dream. ”

“ I started Hamabe no Chaya, because I wanted to tell everyone about the charm of the land in this village called ‘Sachibaru’. My job is to polish the land and shine its light. You can say I am a kind of landscape designer. When the multi-story garden called Sachibaru Garden was conceived, I decided to build a lodging facility to stay and relax in the garden. A hidden house for adults to taste both the fresh, subtropical forest and majestic Pacific Ocean at the same time.

Sachibaru is on a secluded slope so one can enjoy spending personal time in a space that no one can disturb. The best value of ‘Sachibaru Villa’ is being able to live with both the land and nature of Okinawa. If you can let yourselves to go with the time which flows slowly here from morning to afternoon, evening to night, you can take in the rhythm of nature within yourselves.
There are many places where you can feel the power and attraction of Okinawa, but there are not many places where you can also eat, sleep and live with the land, too. ” 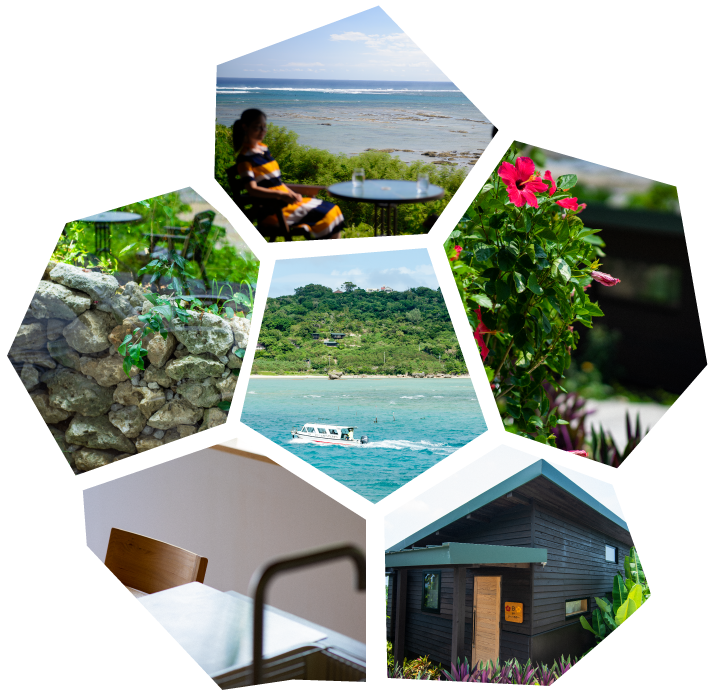 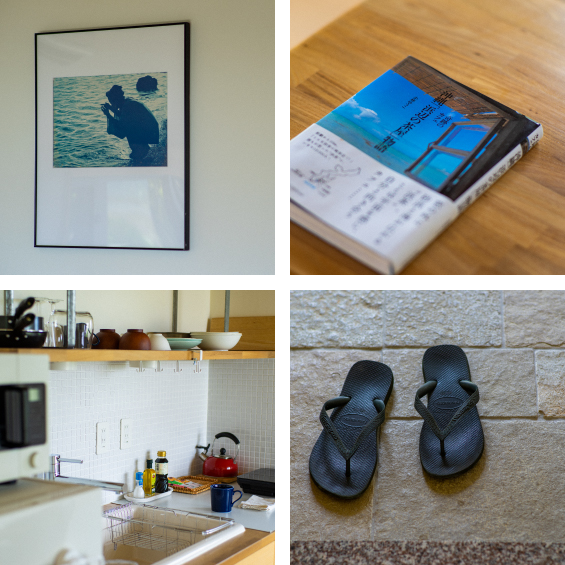 Many tourists visit Okinawa every year to touch indigenous nature and see characteristic culture such as the Yambaru Forest that fosters a rich ecosystem, Kerama Islands with internationally known diving spots, Shuri Castle as a world heritage and classical performing arts refined during the Ryukyu dynasty.

I have visited Okinawa many times in search of an extraordinary light that cannot be seen in daily life. Okinawa has some of the most prominent resorts in Japan, as expected, and there are various types of lodging facilities ranging from gorgeous resort hotels to traditional red tiled inns

When I first visited Sachibaru Villa due to a friend’s recommendation, “Oh, I see” I thought. I nodded that it was obvious she liked this place. I open the door with the room key and go inside. In the room is a window taking up a large part of the wall full of sunlight from the southern island. I am taken aback by how dazzling light fills the room.Once I open the window made of solid wood, wind that traveled across the ocean caresses and tickles my cheeks.

Sea breeze sways the tree tops. Sunlight makes the ocean sparkle. Chirping birds chirp somewhere. A completely different world from Tokyo. I stare at white clouds flowing in the sky without realizing I have left my suitcases in the hallway. While getting absorbed in watching the slow change in expression of the sky and ocean, something that was covering my heart starts to fall off one by one. I notice myself being more obedient than usual. It is this feeling that invites me to Okinawa. 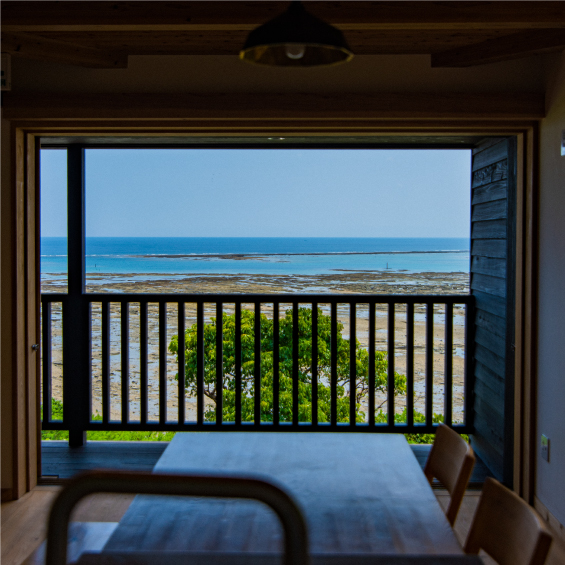 It began to rain in the evening out of the blue. In Okinawa, this kind of shower is called ‘katabui’. It rains here while the other side is sunny. That kind of rain. The raindrops gradually become quiet. Suddenly, the clouds begin to clear out. At that time the wild birds unexpectedly sing. On the thick, heart-shaped leaves of the Hawaiian giant taro, raindrops sparkle under the sunlight appearing from behind the clouds. In the eastern sky, there is a lucky double rainbow. Light gradually becomes stronger. The light coming into the window shines so beautifully it could not lose to a diamond.

“Beautiful and lovely here.” The words come out of my mouth before I realize it.The two of us both go down to the beach and continue to look at the night sky until we get tired. That day was spring tide and the tide begins to cover the beach that the hermit crabs had been tottering on.I am called and look back to see an unexpectedly big moon that I have never seen in the eastern sky before.

After we ate dinner, we returned to the villa. The room shone faintly in the moonlight.
With the night wind being pleasant, we open a bottle of champagne on the balcony. The moon hid in the flowing clouds, the stars twinkle as if they winked at us. A shooting star falls silently near the south horizon. Crickets begin to chirp, and the air felt a little chilly. As I succumb to my five senses, my eyelids suddenly closed.

My eyes opened to the sound of birds chirping before the sun has risen.
As I succumb to my five senses, my eyelids suddenly closed. Before the sun rises, my eyes opens to the sound of birds chirping. I open the window and return to bed to stare outside. The eastern sky gradually begins to glisten orange, and the sun comes out. It seems to greet me with a “Good Morning!”. Today is going to be a nice day. 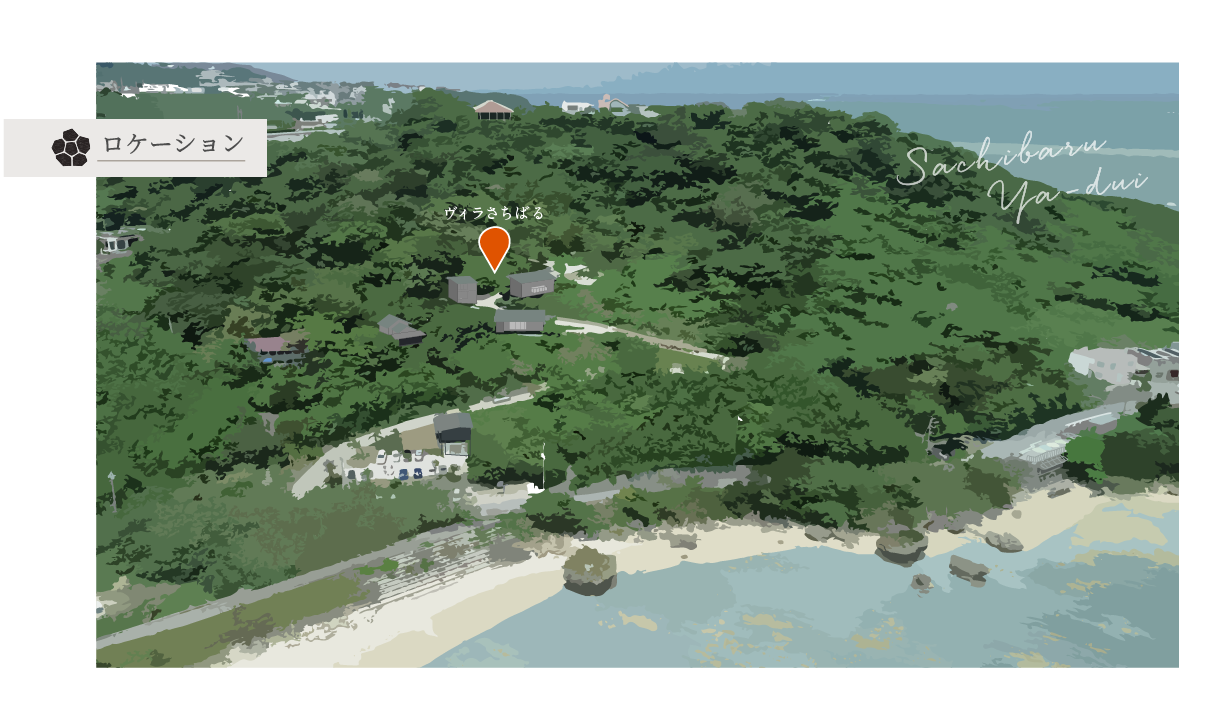 “ It took more than 20 years since the concept to finally complete Sachibaru Villa. Honestly, I thought of giving up many times in the middle of it and construction was halted frequently. However, I didn’t give up. Sachibaru is the land my ancestors cleared open. In 1609, when Satsuma invaded this island, the economic situation of the Ryukyu dynasty worsened. Then the samurai stopped receiving pay and had to emigrate down to countryside. At that time, a new hamlet called ‘Ya-dui’ was pioneered. Even though they were samurais, they were newcomer there, had no choice but to cultivate inconvenient land never touched by a farmer in order to live. By doing that, this became one of the places cleared out. I want to shine a light one more time on this place that was once extensively covered in deep green. I rearranged it for the me who has grandchildren. It was tough. My identity as an Okinawan has supported me many times in finishing my dream. As a place that is different from other scenic sightseeing spots, I wanted to repolish it. It is a place rooted in Okinawa’s history, culture and climate. It is possible to do here what cannot be done at a big resort facility. Believing that, I rearranged the land and stacked up stones. I am not a history, culture or nature expert, but as a messenger of this land, I can tell you about the land in my own words. I believed it then and I believe it now. ”