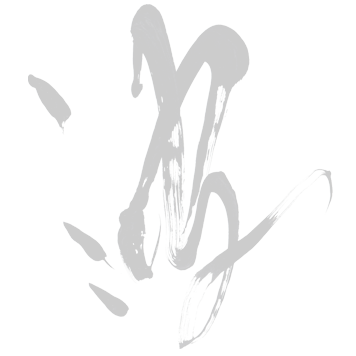 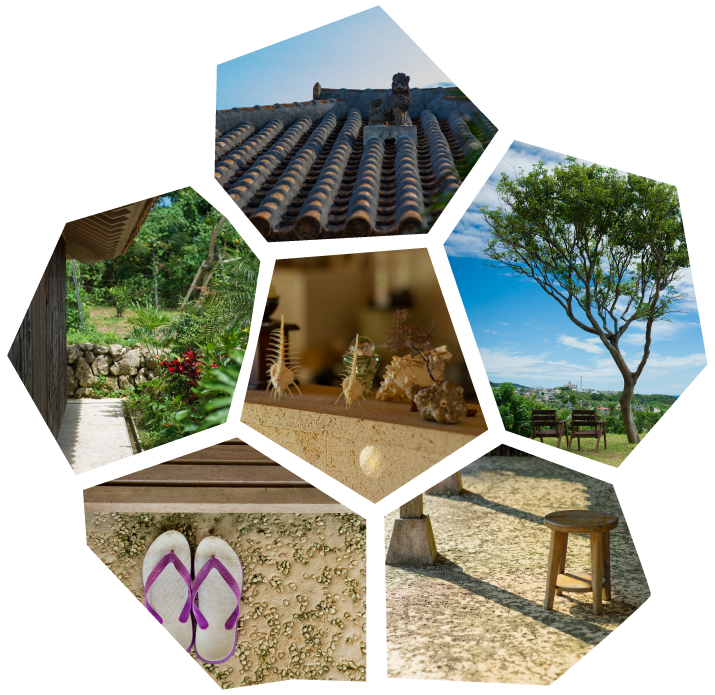 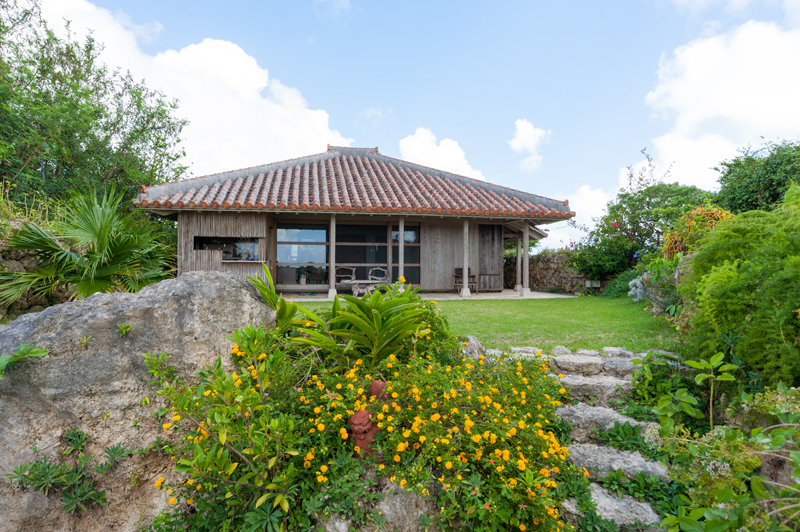 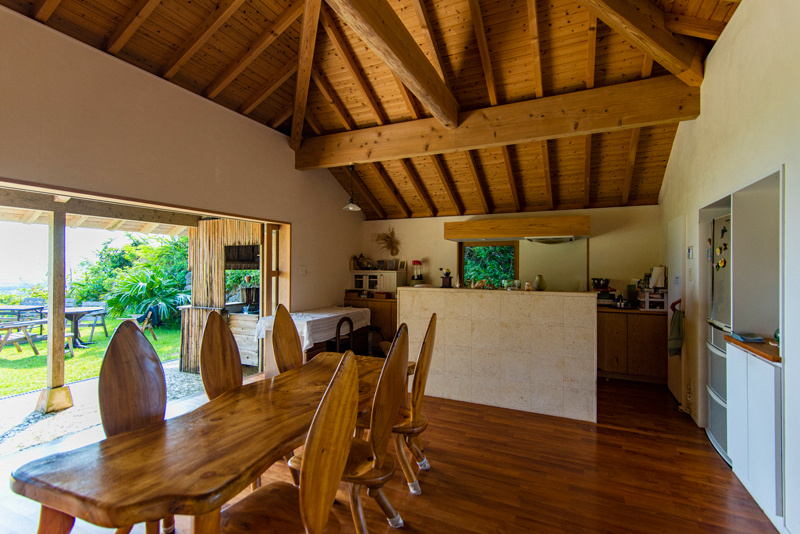 Tenku no Chaya can be used as an event space for concerts, movie screenings, moon-viewing parties and more.

Please make a reservation at least two weeks in advance. 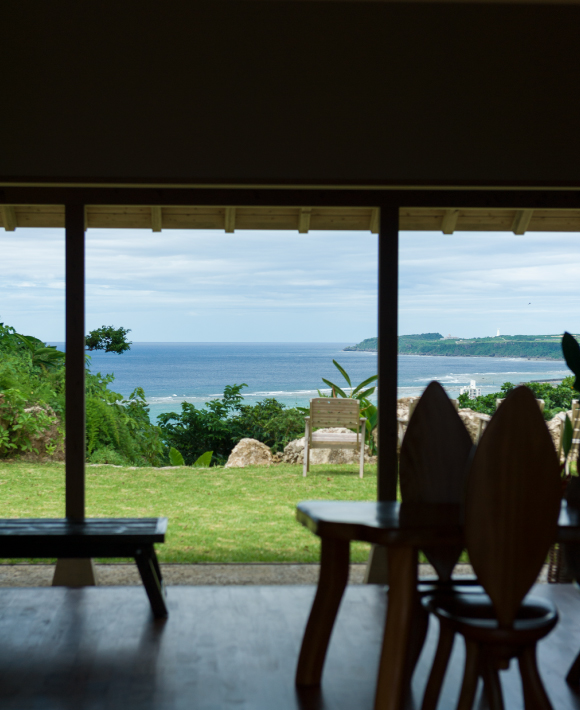 The sound of waves coming and going. That is the rhythm of the earth where the sea carves. I think of the eternal workings that have and will continue since the birth of this planet.

“ Why do you think that many people from many different places come to Okinawa? The ocean is beautiful. It is warm even in winter. More than anything else, the way time flows is more relaxed. That is especially attracting to those who come from the city. I have thought about where the relaxed flow of time in Okinawa has come from. I wonder if it is due to latitude. The climate is subtropical; therefore, the native plants are different. The way they are grown is different.

The closer to the equator they are, the faster they grow. Even if a tree falls in a typhoon, it grows back quickly. It does not take much time for the luscious green to return. It is a paradox, but because growth is fast time is relaxed. There is no need to rush. It is probably engraved in our DNA. Even if a bus is late, no one gets angry. Competition is few. Tolerance of failure and rarely making complaints. Do everything with a big heart and not raise eyebrows at another’s mistake or fault. Like a calm wave that comes and goes, the many people living with the relaxed rhythm are also Okinawa.” 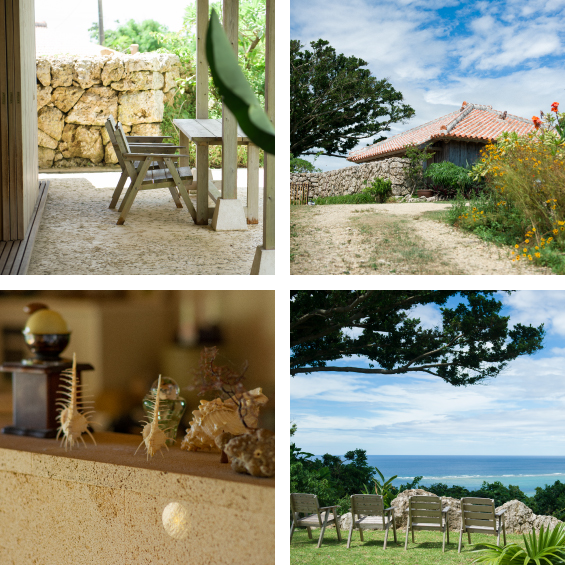 While listening to the sound of waves from far away, I go through a green arch. The blue sky and white clouds alternately peep their faces in between the trees leaves. Whether it is because the sun just rose, and it is still early, or because among the major tour guides, those who know the place have never introduced it before, there are few signs of people.

If you hold your breath and listen carefully, you can hear the songs of crickets and even the sound of leaves blown and rubbed together in the wind. If you turn off your thinking switch, concentrate only on the five senses and climb towards the multi-story garden, you will imagine you are being melted into the subtropical nature. Thanks to that, your heart will be like fresh, washed linen.

Suddenly, to break the silence, I hear the cries of a ruddy kingfisher. ‘Chirp, chirp, chirp’. This migratory bird is a rare bird characterized by its burning, bright-red beak and reddish feathers and is said to be the model of the kijimuna, a fairy that lives on top of the gajumaru tree. If you stretch out your hands to where they can be reached, it will play you a melody that once heard you can never forget. 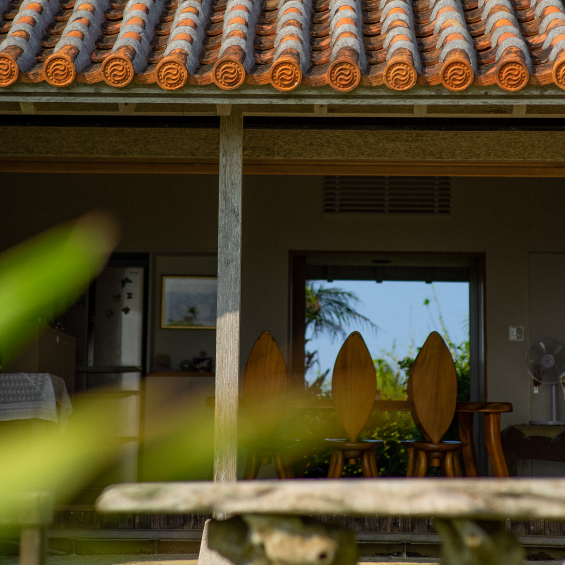 I have probably walked for 30 minutes or an hour. As I forget time and continue climbing, before I know it, I have reached the top of the garden. In front of my eyes are traditional Okinawan wooden houses with red roof tiles strictly turned towards the sky. The gently sloped roof makes an area of cool shade. The blowing wind caresses the sweat of my cheeks as to wipe it off. Invited by the sound of waves, I turned around to the direction from which I climbed. A swelling that came from across the Pacific Ocean far near the equator hits the reef’s edge and makes a white splash.

The ocean in front of my eyes surrounded by coral reefs when calm and shallow is called ‘ino’ (coral reef lagoon) [yee-no] and the position the water's edge changes up to 700m at most during low and high tide. It is not just a beautiful ocean in front of my eyes. At the end of a long journey, waves, waves, waves that bloom white flowers with every crash. By feeling the earth’s rhythm of playing the tides like an instrument, I am made to remember us humans are connected to this planet.
A cat rolls onto its back in its sleep on the well-maintained, green lawn. Until recently, a big, god-like gajumaru tree was towering in one corner of the garden. Until the moment the furious typhoon mercilessly attacked it, its branches spread out as though they were embracing the earth. “The time has come when the generation changes.” When the big tree collapsed, the owner of the tree wept at the unforgettable memories. However, he told himself again and again that it was the law of nature.

I can view the records of the Battle of Okinawa in my right hand here in this place. Mabuni Hill. Peace Memorial Park. There is much history Okinawa has overcome. Many of them have been brought by ‘rough waves’ caught in from the other side of the sea. “There is much sad history in Okinawa that makes me want to look away. A past I want to hide, a past I do not want to show. However, I cannot say it never happened. I cannot be beaten down by grief. For many years we have tried to overcame sadness, the returning waves washing away our tears slowly over time.” , the owner, Mr. Inafuku, told me before.

The sound of waves coming and going. That is the rhythm of the earth where the sea carves. I think of the eternal workings that have and will continue since the birth of this planet. Nodding off under the eaves edge of the old, red roof-tile house. Remembering those forgotten days during slumber. Then, words Mr. Inafuku once told me come rushing back.

“A time when there was no cram school and we studied while playing at school. I did not notice when I left my hometown to live in Naha. Coming back to this place again, I fully understand its splendor. In Koza City, there is sanshin, eisa, bullfighting, and rock music. Here, there is nothing fancy, big or splendid, but there are lots of small, luminous things that shine like stars in the night sky.”