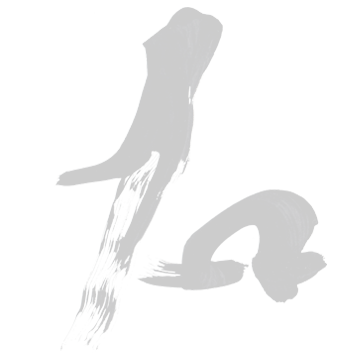 Info
How to enjoy
Story 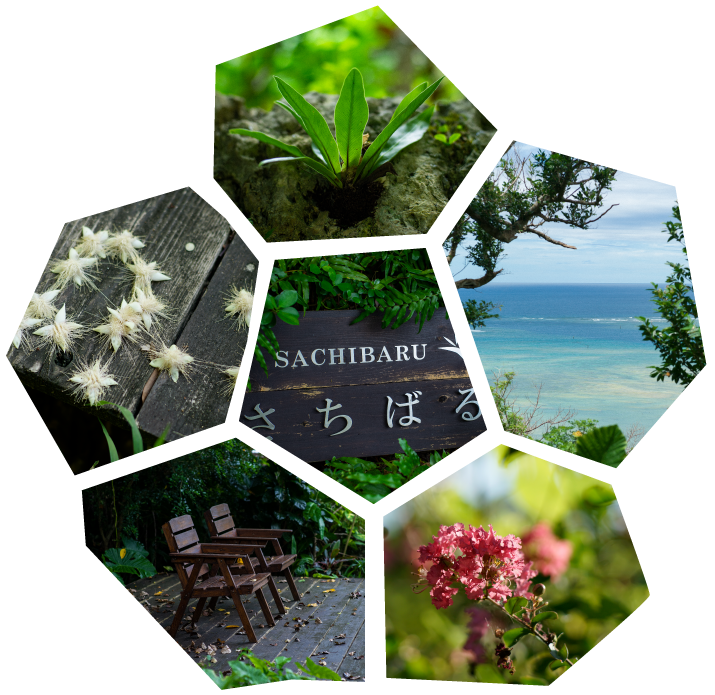 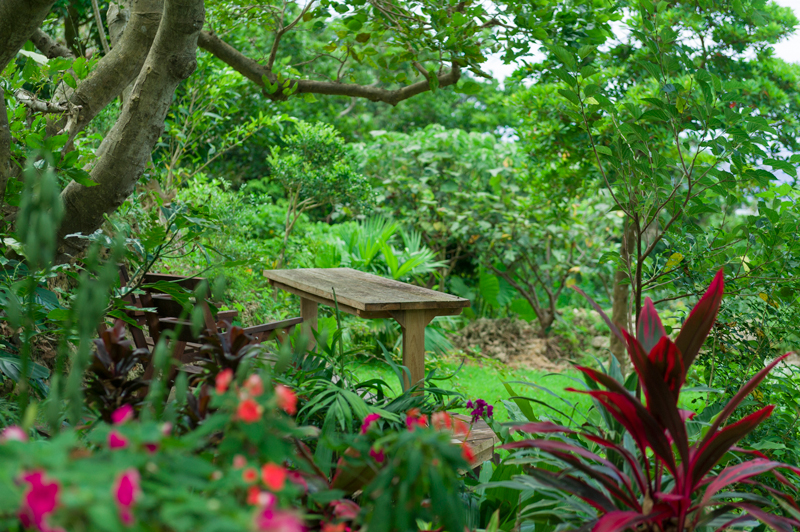 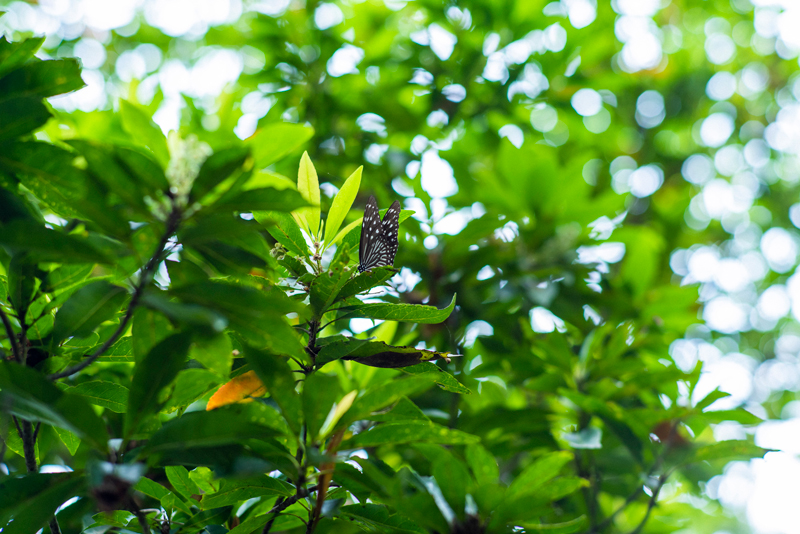 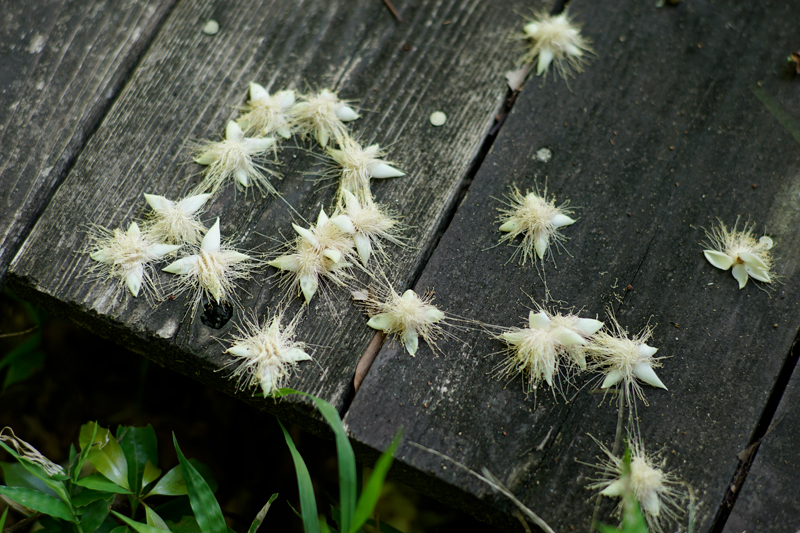 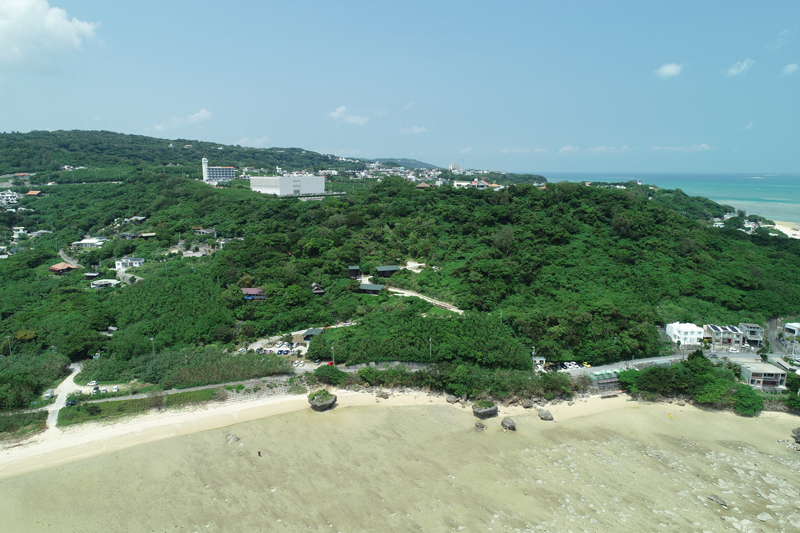 ・Sachibaru Garden is a multi-story garden that continues from the coast to a small hill. You can take a walk around the garden that feels a bit like a trek.

・Please enjoy, with a relaxed feeling, the works nature creates such as the view of dancing performed by butterflies and bees invited by the flower’s nectar, the vivacious croaking of frogs playing by water’s edge, and the sound of insects from somewhere in the early evening.

・This garden is where the more relaxed you become, the more you can feel and discover. Please take plenty of time and enjoy the moments unique to the subtropical environment.

・The small path towards the top is preserved close to nature. If possible, please wear comfortable, non-slippery sneakers.

※Time Required: At a quick pace, a round trip is at least 30 minutes. 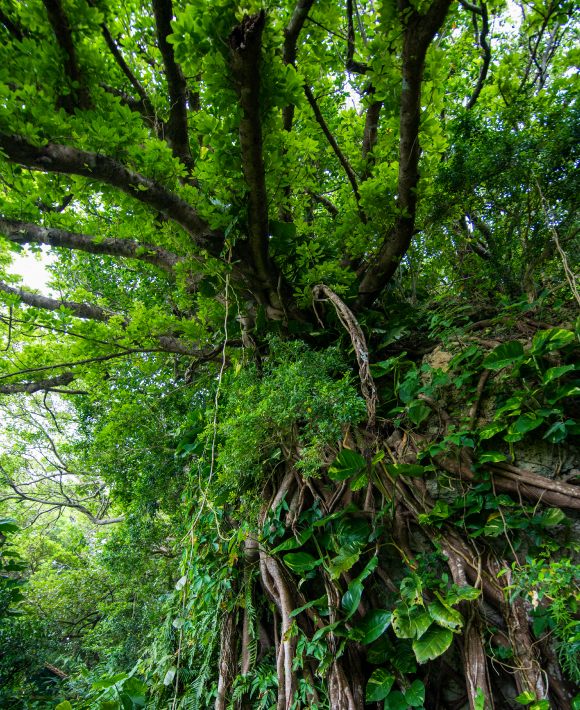 “ To me , topography is like one’s nature and character to give an inheritance from parent to child. I wanted to share the atmosphere of this land itself with those who visit here.”

“ When I graduated high school, I left the land I was born and grew up in to move to Naha. As a civil engineering consultant, I was in the world of development and lived in a world opposite to now. I went through a self-development seminar to change myself enough to say I ‘sneeze in Japanese’. I earned money well. However, after a while, I began to wonder ‘who am I? and ‘what is an Okinawan way of living?’

Then, I began to take my family to spend time here in the weekends. It reminded me of the time I spent here during my childhood. Around those times, stacks of old stones were left all around, and the streets were not asphalt but stone. When playing or going to school, I felt revived by the touch of Ryukyu limestone on my hands and feet. The feeling of being immersed in plenty of nature had come back clearly. When I was 40, I made a decision. I would abandon the urban life and return here. Then it began. The recapture of the landscape.” 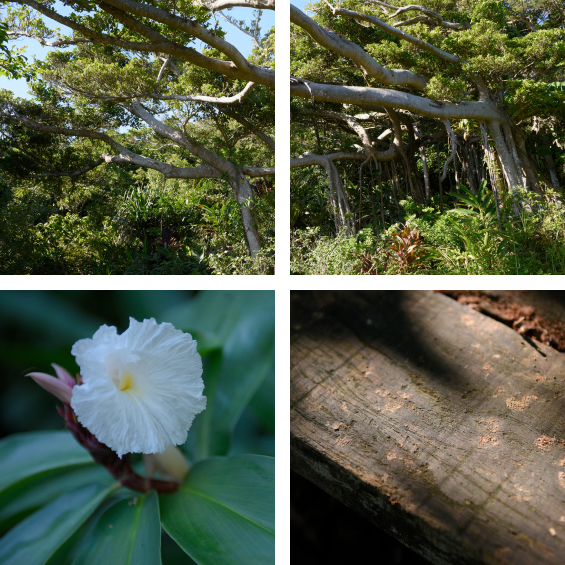 The multi-story garden leading from the coast to a small hill is close to Hamabe no Chaya. It is a wonderful place to meet the seasonal plants and tropical creatures. The view of butterflies and bees dancing invited by the flower’s nectar, the vivacious croaking of frogs playing by water’s edge and the sound of insects from somewhere as it nears evening. You can quietly enjoy the work nature weaves. In Sachibaru Garden, best to be called a forest rather than a garden, are some roots growing from symbolic, old trees. One is a gajumaru tree of about 150 years old with large, spreading branches looking over a wide grassland overlooking the ocean. Another is a gajumaru tree of about 200 years old holding a big, large stone like its own child. Coming across from the ocean, fairies whisper along with the wind in the middle of the forest. An almost mysterious, quiet forest. Light shines green through the leaves of trees who dance trembling in the wind. In places where the mountain path leads to the summit, there is an observation area to overlook the gentle reef pond that looks like a lake. If you close your eyes, before you know it, you will be in awe of the many things gushing towards you that you did not notice before. The trees and flowers that rooted into this island long ago. The old masonry accumulated by pioneers of the Ryukyu dynasty in the fields. The reclamation of streets made of stone that was once common in every village. Exposed to rain for hundreds of years, if you touch your hand to the stylish, sculpture-like stone, you seem to hear the heartbeat of the people from long ago. 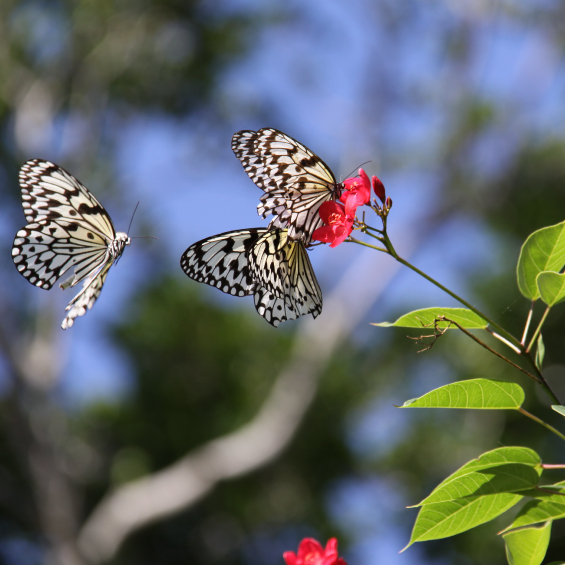 One of the things cherished most when creating the garden was making the pathway an ‘artwork’ and giving each pathway its own personality.
90% of the stone utilized for masonry is Ryukyu limestone originally from this area. The Minatogawa area near Sachibaru Garden is a major production area of stone called ‘Awa-ishi’ made from fragments of shells and creatures once living in the ocean all hardened together into limestone. The stone with a distinct texture and growing moss is used for the entrance to Sachibaru Villa’s reception and relaxation salon ‘Amamikiyo’.

In the building of the garden, two veterans of masonry in their 70s living in the neighborhood came to be involved. This garden also fulfills a role as handing down the craft skills inherited over many years. By the way, in Okinawa there are three methods of continued masonry, nozurazumi (stacking stones as is), nunozumi (stacking rectangular shaped stones), and ahikatazumi (stacking hexagon shaped stones), but here you can see all styles.
Vitex flowers transplanted from the seaside right in front of your eyes, blue lilyturf and white and pink wax plants familiar around the Yambaru forest, bird’s nest fern multiplied from its parents, tree fern close to Yama no Chaya and devil’s ivy that looks like Swiss cheese plant. The plants nurtured by Okinawa’s climate immediately root themselves into the land. Even if you make a big change in the garden, it will be impossible to distinguish it from the natural forest in 4 or 5 years.

From the end of the year to January, the green leopard plants blossom yellow flowers and, from February to March, the bonbore plant, largely growing in the limestone, blooms drooping flowers. In March, pure, white lily flowers color the garden to alert of spring. In April, the wild gladiolus species dye the garden with orange flowers as the color of summer’s beginning. In May, getto shell ginger puts on lovely, white flowers to alert of rainy season. From July to September, the sea hibiscus tree produces yellow and orange flowers, and from November to December, wood poppy decorates the forest with white and pink flowers that look like hibiscus. Night-scented lily, ‘nigana’, ryukyu mugwort, river tamarind and more are also treasured non-flowering plants.

“ This may be 18 years old there.” The founder Nobuyoshi Inafuku pointed to the horutonoki tree. This tree is his favorite and so it was carried on a slope and transplanted here. That 4 years old gajumaru tree was given as a present by painter Mr. Nozu who was a best friends of Mr. and Mrs. Inafuku. “I feel he is protecting us as he watches from the heavens.we really look forward to drinking tea under the shade of this gajumaru tree whose branches and leaves will have spread out wide after 10 years”, he says with a big smile. Some of the trees has been left behind, others have been cut and carried. Memories of each one stays in his memories.

“I do not want to steal their lives in order to fulfill our desires. I left as many trees as possible in their original spot with their beloved white-eye birds and grass loved by tree nymph butterflies.” He rearranged here as a Sachibaru Garden as he sincerely wanted us to feel with our five senses the climate of Okinawa and the lives of “aborigines” such as indigenous plants, insects and living creatures.
“No one will come to a place like this”, he was told by many people.Yet day after day as raindrops pierced the stones, he continued to rearrange the land and stack stones. Now, I am standing in that garden. Through the five senses, I am connected to nature.