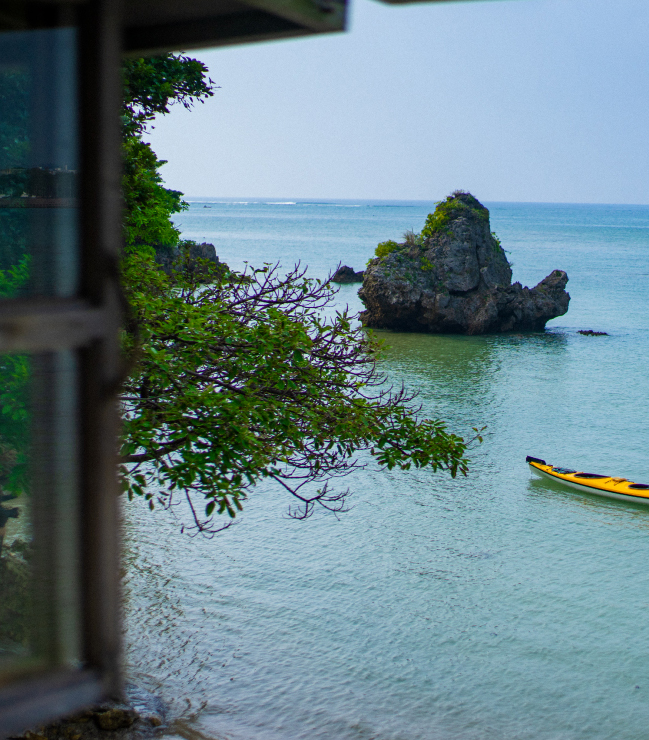 To Live as Yourself is Actually a Very Beautiful Thing

Sachibaru Ya-dui began in the 1700s, around when Okinawa was a kingdom. The samurais who left the royal government, moved to this land and began a new life here.

By stretching our hands into the deep green wilderness, we came to a place where humans coexist with plants and animals. Time then passes to the year 1994. When the descendants of those samurais built a café on the beach, life was brought back to this land again.

Sachibaru Garden, Sachibaru Villa, Hamabe no Chaya, Yama no Chaya, Yama no Koya, Tenku no Chaya, Amamikiyo. The terrain of this place, the masonry that was originally here, the creatures who connected life to this land. I made use of all the roots of this land just as they are as much as possible. 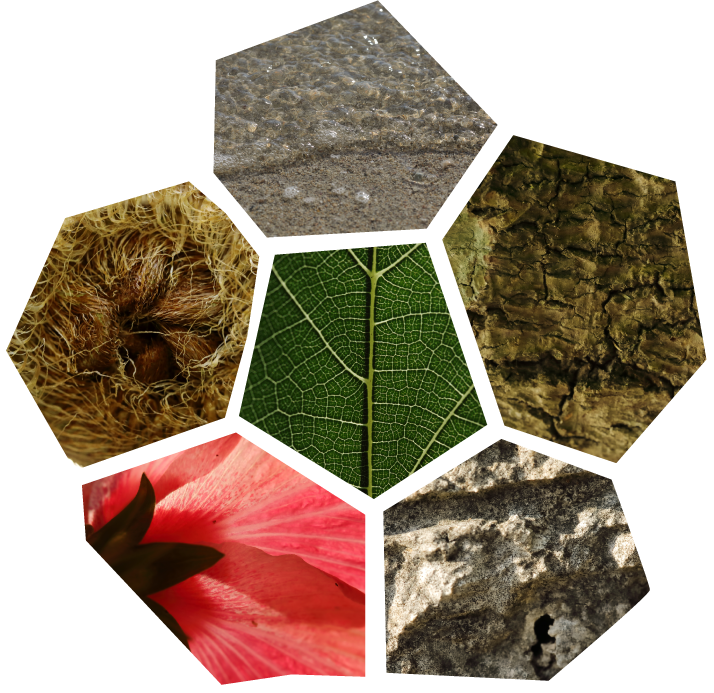 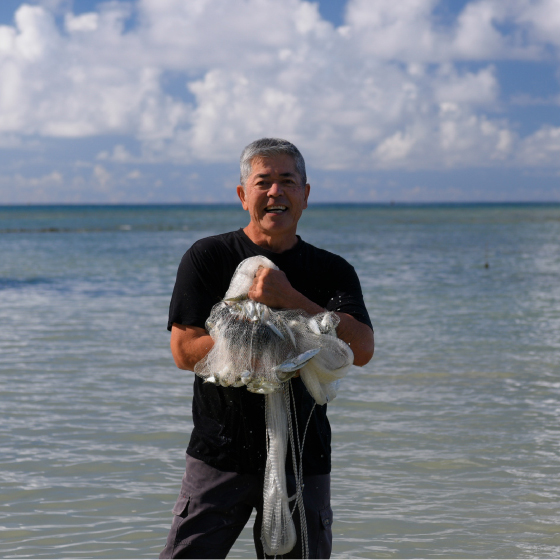 I was born in Okinawa when it was governed by the United States. I spoke Japanese at school and Okinawan outside of school and am the last generation to speak Okinawan fluently. Okinawa was dominated by the United States and affected by Japan.Growing up in that peculiar situation has mede me who I am now, who is Japanese yet think and respond to things as a native Okinawan.

Turning my lifestyle around by 180 degrees at the age of 40 and the creation of Sachibaru Ya-dui are not unrelated with that. In whatever way or scale, with the only life I have, I have always wanted in my heart to contribute to this island where I live. I have come to live in an Okinawa that has continued to be tossed around in a narrow space between great countries. 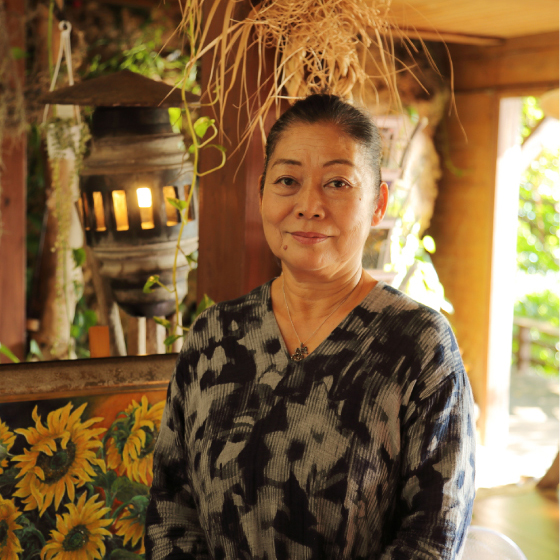 While going to a café as a treat to myself, I wanted to run my own lovely café, and in 1991, I opened ‘Chikazan Chaya’. After, I opened ‘Hamabe no Chaya’ with my husband, Nobuyoshi Inafuku. Everyday until it was completed, I prayed to the god of the land ‘I will try my hardest. I hope for this to become a place of happiness and healing for many people.’ In the spring of 1994, the sunflower seeds sown with hope bloomed in the summer that same year. Then, on a day of low tide in December, Hamabe no Chaya opened without mishap. I remember it being a calm, quiet day. On that day, a glass ball had reached the shore. After that, on day of low tide, I was going to work when a glass ball full of shells washed up on shore. I felt like a little girl as I ran over to it barefoot. I picked it up and took it as a gift from the ocean. This happening was a big encouragement. It felt like a touch of nature’s love. I was delighted from the bottom of my heart. I want everyone to enjoy that feeling I felt then. I hope people from all around the world can sense the fascination of Tamagusuku’s ocean and mountains and experience joy and healing.